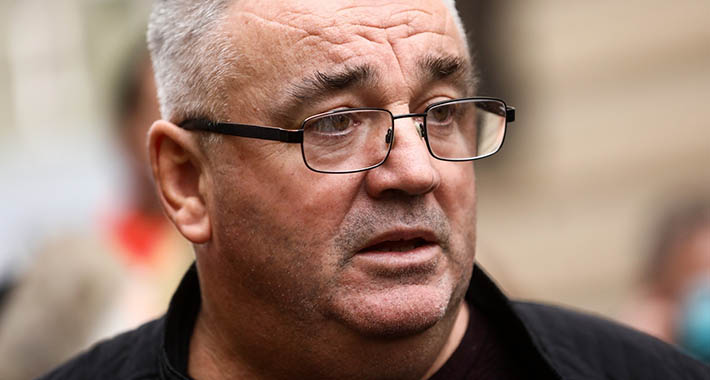 Muriz Memic, the father of young Dzenan, who was killed five years ago under unexplained circumstances, addressed a letter to US Ambassador Eric Nelson and the OHR.

“My family and I have been fighting frantically for five years for the truth and justice related to shedding light on the murder of my son Dzenan Memić. The public knows what we have been through in these five years. After two acquittals of the Cantonal Court in Sarajevo, which established that the traffic accident did not happen, the Prosecutor’s Office of BiH, according to our criminal charges filed against 45 known persons (prosecutors, police officers, doctors, etc.), and several unknown persons, opened an investigation regarding the obstruction of the investigation into the murder of our Dzenan”, it is stated in the letter..

“No one has the right to stop the fight for truth and justice in the case of Dzenan Memic, but also in all other cases. I ask you to do everything in your power to enable the Prosecutor’s Office of BiH to establish who the killers are, as well as the responsibility of those who participated in covering up the obvious murder and their perpetrators”, it is stated in Muriz Memic’s letter to Ambassador Nelson.

The letter will also be sent to the advisor of the Office for the Fight against Corruption and Quality Management of Canton Sarajevo, Eric Larson.

After reading the letter in a public address on Facebook, Muriz Memic said that the public was upset after the arrest of police officer Hasan Dupovac and Alisa Mutap’s father, Zijad Mutap.

“The people are with me, the public is upset. Regardless of everything, if the pressure on the Prosecutor’s Office, Chief Prosecutor Gordana Tadic and Prosecutor Cazim Hasanspahic continues, I will be forced to organize protests “, concluded Muriz Memic in his address.

The letter will be addressed to US Ambassador Eric Nelson, OHR and Anti-Corruption and Quality Management Office Advisor of Canton Sarajevo, Eric Larson.