Ifet Feraget is a lawyer from Sarajevo, and in recent years he has come to the attention of the public as a representative of the Memić and Dragičević families, families whose sons died under unexplained circumstances.

The murders of young men Dženan Memić from Sarajevo and David Dragičević shocked the BiH public, and protests by many citizens called ‘Justice for David’ and ‘Justice for Dženan’, as well as the family’s fight for the truth about their sons’ deaths, became a symbol of the ordinary man’s epic struggle. justice, and against a corrupt system.

You are a lawyer in two cases where the murderers of young men Dženan Memić and David Dragičević are still being sought, even after so much time, fatal events that started the BiH public, but still without success. How much can you tell us about the course and current events in these cases?

-These cases were initiated by the public and, more importantly, a large number of media follow the events in these cases, for which we are very grateful to all media. It is precisely the deficit of communication between the public (media) and the judiciary that has led to the complete alienation of the judiciary from the citizens, whose interests the judiciary must serve. The judiciary is under the control of policies that pull the strings in these cases as well. It is not possible to explain the obstructions in these two cases otherwise. However, these cases still sensitized and united the public, which is a positive pressure on the work of the judiciary.

What are the cardinal errors in both of these cases?

Why is the wait so long for the judiciary to function and the guilty to be brought to justice?

– The reasons are more than obvious. In both cases, there are circumstances that indicate a connection between members of the police and the prosecution with an attempt to cover up these killings, all under the auspices of politics.

We often read from media reports that the ‘political top’ is to blame for the deaths of young men Jenan and David. Why is it in the interest of the political leadership to hide the killers of two young men and what does that say about the state of BiH, its judiciary, the level of corruption?

– ‘Political top’ is a phrase that in this case refers to “powerful individuals” whose names are often mentioned in public. Hiding the killers is their primary interest because resolving these two cases would, for sure, spur change on the political scene. This tells us that BiH is not a democratic state in the true sense because there is no equality before the law, and all this is a consequence of the neglected situation in the judiciary.

We also learn from media reports that the Memić and Dragičević families are being threatened, and even David Dragičević’s father, Davor Dragičević, moved out of Banja Luka under pressure? Who and why threatens people who just want truth and justice for killing their children.

-A high level of corruption results in the non-functioning (blocking) of democratic government, primarily the judiciary, which then results in a violation of human rights and fundamental freedoms, and the end result is the creation of the so-called. impunity syndrome. In addition, we have a crisis of ethics, which then discourages people in the judiciary from taking any action. The Memić family did not have any direct threats, while Mr. Davor Dragičević had to leave Banja Luka after the protests held on December 30, 2018 due to personal safety. 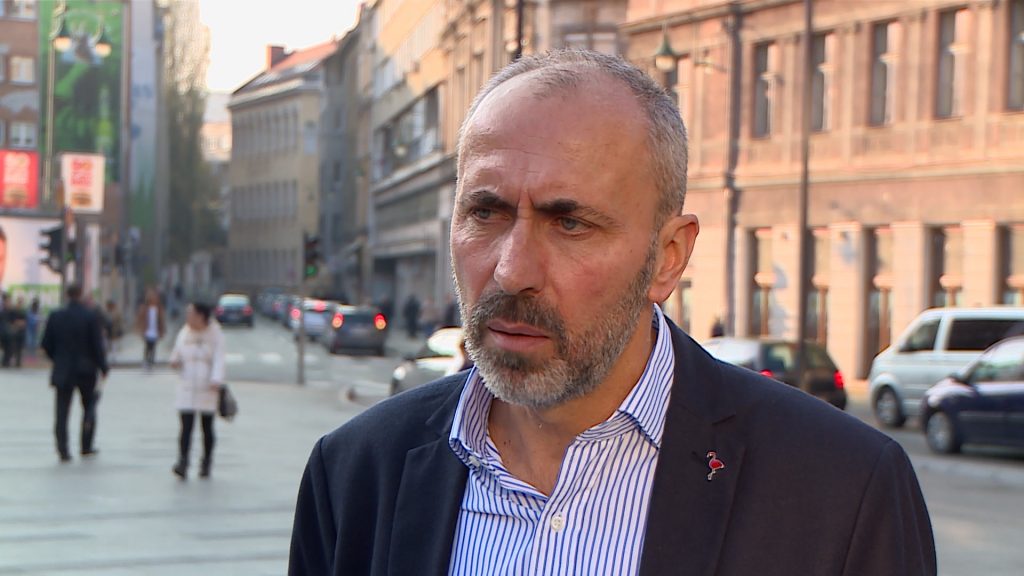 You stood confidently and energetically behind the Memić and Dragičević families. You recently expressed optimism after the arrest of suspects in the murder of Dženan Memić. Are you also optimistic about the final shedding of these two murders?

-After a five-year fight in the Memić case and a two-year “investigation into the investigation”, conducted by the Prosecutor’s Office of BiH, which was opened according to my criminal report from October 5, 2018. filed against 45 people (prosecutors, police officers, court experts, etc.), there was finally concrete progress in the arrest of Hasan Dupovac, head of the traffic investigation department of the Sarajevo Canton Ministry of the Interior, and Zijad Mutap, father of Alisa Mutap, who was with Dženan Memić on the critical evening. , which certainly arouses hope and is a confirmation of the accuracy of everything I have undertaken. In the case of Dragičević, I expect a decision of the Constitutional Court on my appeal from March 15, 2019. which should also be a signal that the Dragicevic case is taken over by the Prosecutor’s Office of BiH, because both cases caused harmful consequences that have long since crossed the borders of the entity and the state of BiH.

Due to these two cases, BiH also reached the world media. However, is this also a reason for even stronger insistence on judicial reform and the fight against corruption?

-Exactly, Mr. Valentin Inzko reported on these cases to the UN Security Council on several occasions, and citizens’ protests were held both in BiH and outside BiH. These are cases where there is more than enough evidence of the system’s attempt to cover up these two apparent murders, all for the protection of powerful individuals. Resolving these two cases would, for sure, be the cleansing of the judiciary from unworthy individuals, which would result in their prosecution and bringing to justice. This would then be a positive signal and an announcement of the establishment of the real integrity of the holders of judicial office.