After the extended Collegium of the Ministry of Internal Affairs of the Republic of Srpska was held, the Minister of Internal Affairs, Dragan Lukač, and the Director of the Police of the Republic of Srpska, Siniša Kostrešević, appeared before the press. The reason for the Collegium and the conference was the analysis of the work of the police and the Ministry in the previous year. Neither the Minister nor the Director of the Police, however, commented at the press conference that the huge number of misdemeanor reports that the Banja Luka police wrote to citizens last year for alleged violations of the Law on Public Assembly and the Law on Public Order and Peace. All these charges have so far been filed in the Banja Luka Basic Court, and apart from one acquittal, they have also been filed in the District Court. Judge Olga Pantić was the first to accept the appeal of the Banja Luka Police Administration at the District Court and returned one case to the Basic Court for a new decision a few days ago. We asked the Minister of the Interior, Dragan Lukač, for comment and numerous reports that fell in the courts, but also the verdict that Sofija Grmuša and Aleksandra Ninić Vranješ received against the Ministry of the Interior of the Republika Srpska due to discrimination. The two sued the Republika Srpska Ministry of the Interior because police officers prevented them from sitting on a public bench in the city center for no apparent reason. 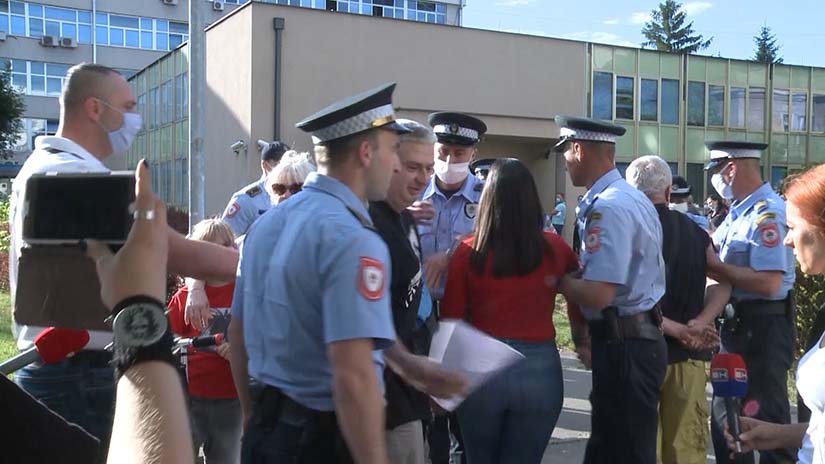 Reports and arrests of activists in 2020

Dragan Lukač has a position identical to the position of the head of the Banja Luka Police Administration, Miloš Brkić, in the case of reports that police officers wrote en masse to citizens, mostly activists of the Justice for David group, for standing in public areas. The police have the right to judge and the court has the right to decide whether the police were right. Lukač does not mention whether anyone has been held accountable so far for the wrong assessments of the police, which turned out to be wrong in court in all cases. 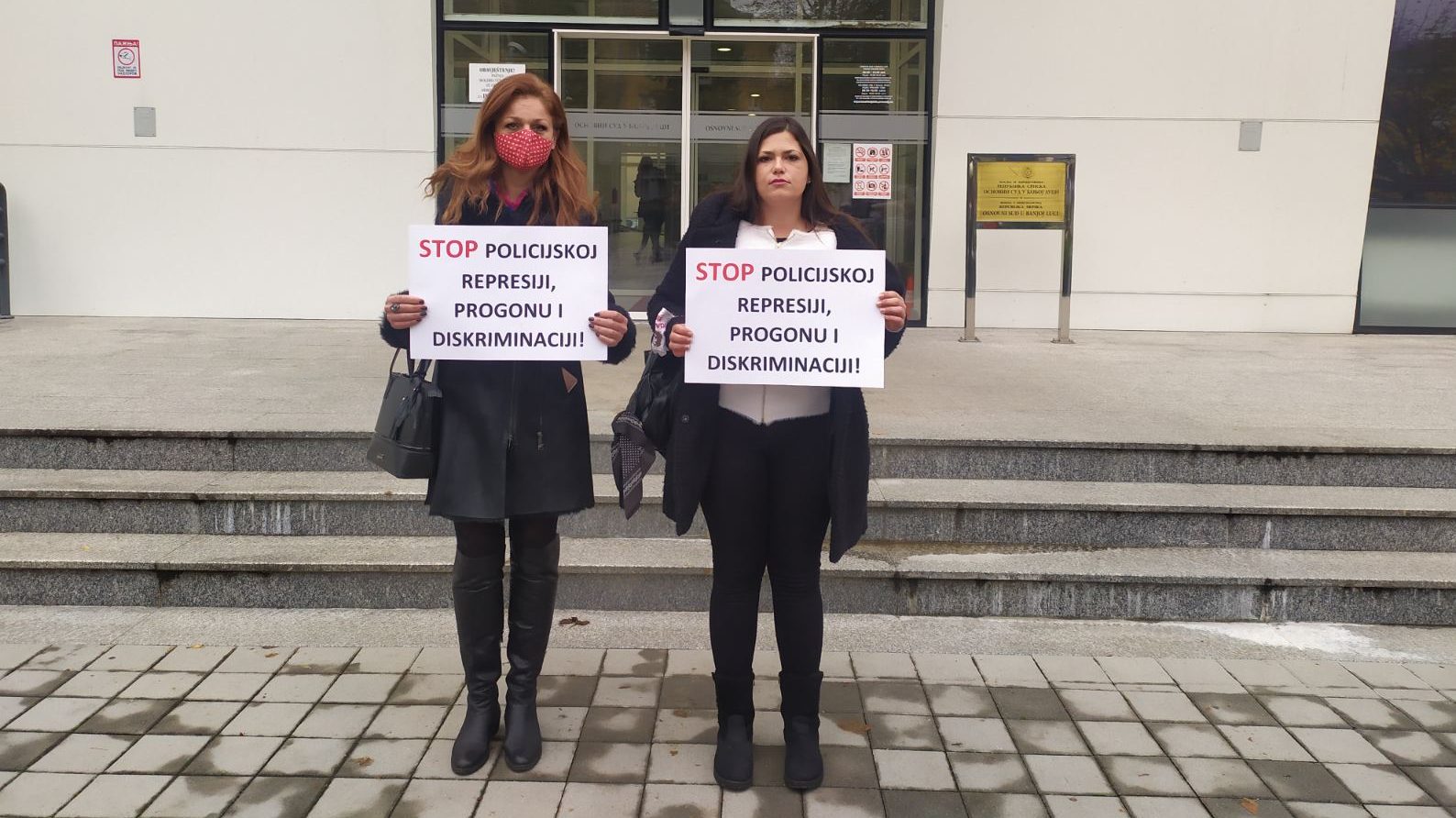 “I do not want to go into how the court judged and why it passed such verdicts. The police and specifically the Police Administration of Banja Luka considered that they had grounds to file, mainly, misdemeanor charges for disturbing public order and peace in various ways, as prescribed by the Law on Public Order and Peace or the Law on Public Assemblies. The Police Administration has the ability and legal authority to do so. They assessed that the conditions of the violation were met and submitted such reports. The court decided as it decided, that is their right, I do not want to get involved in court decisions, that is why there is a judiciary, the police are not judges here. The police are working in accordance with their powers, they have submitted a report and the court has decided how it has decided and that is it”.

The first people of the Ministry of Internal Affairs and the RS Police, photo by Guerrilla

The Minister of the Interior notes that the police are just doing their job. He says there is no problem with court decisions.

“The police will continue to do their job. I am not sure that the court would have decided that these were completely ordinary citizens, because it was precisely determined that there was a disturbance of public order or peace, whether by shouting, the noise that was in cases when the Banja Luka Police Department filed those reports. The court is there to appreciate and decide. I will absolutely not say that they were right or not, they are working in accordance with the law. The police administration, if it considers it, can appeal and go to some higher courts. The court will give the final decision and I don’t see any problem with that.”

All previous trials before the courts, which the police lost either due to court rulings or due to giving up misdemeanor charges, fall on the budget of the Republika Srpska. The interior minister says they are not concerned with how much the lawsuits cost.

“We did not statistically deal with how long some processes take. The court has its own price list of how it does it and it goes its course. The police submit a lot of reports every day and it is a regular police job and the court will decide whether it is correct or not “, says Dragan Lukač, the Minister of Internal Affairs of the Republic of Srpska.

Republika Srpska Police Director Siniša Kostrešević did not address the press at the press conference.